When The Worst Luck Changed

Home When The Worst Luck Changed 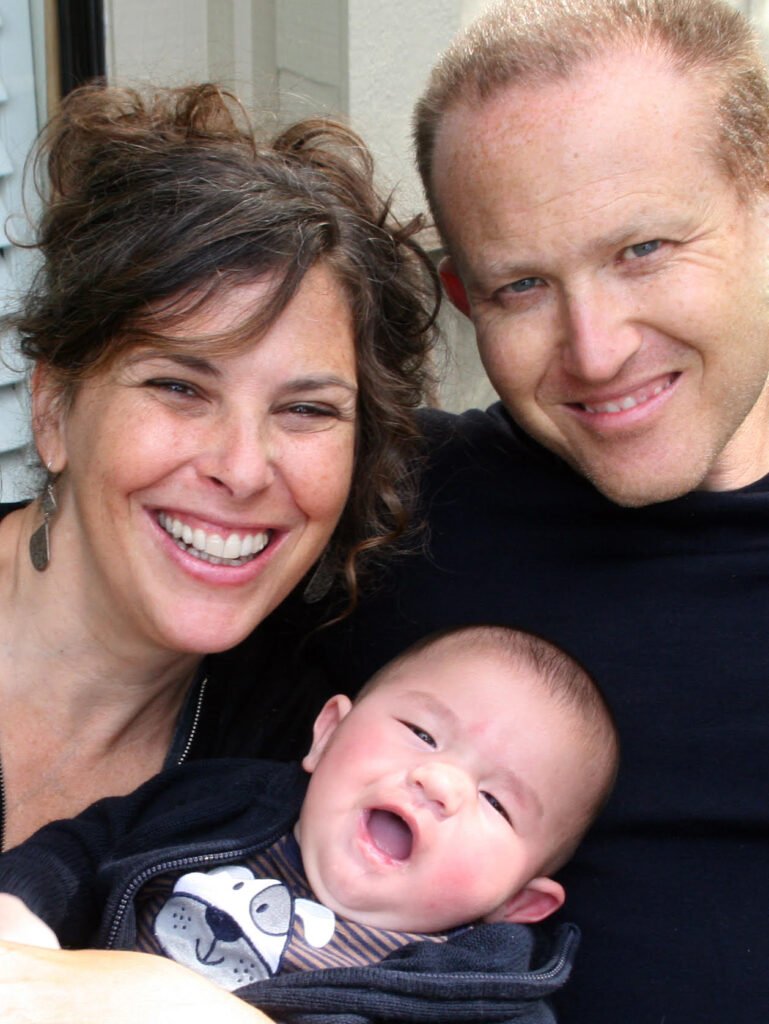 Ariana, a licensed clinical psychologist, and Jesse, a police detective, grew up in the New York and Northern California Jewish communities, respectively. They met on a trip to Alaska and knew the had fallen in love, “when we were beaming smiles at each other as our boat disappeared and our island was being taken over by the rising river.”  Soon they were married, honeymooned and settled into their new life together in the Bay Area. Time went by and they decided they were were ready for a family. Unfortunately, after several months of trying, they learned of an abnormality that would make pregnancy and carrying a baby difficult.  Thus began a journey through numerous treatments, alternatives and losses until the last possibility for them to bring a child into the world was with assistance from a surrogate.

It was a tumultuous seven-year, $150,000 journey of trying to have a baby that lead them to Hasidah. One doctor had even diagnosed them with, “the worst luck I have ever seen.” After attempting 16 rounds of various fertility treatments on top of initial miscarriages and a stillbirth, they had nearly given up.

As many of us know all too well, struggles with fertility can take a severe toll. Throughout the years Ariana and Jesse made incredible and unconventional sacrifices, including renting out their home and living with parents. They accepted donations from family members and Jesse took overtime shifts, often working over 60 hours and sometimes as many as 90 hours a week. They experienced physical setbacks as well. Ariana endured six years of hormone therapy and other drugs and procedures, all of which impacted her mood, led to injury, and affected her work. Doctor’s visits were more than regular, taking place several days a week for years. Emotionally, the couple had distanced themselves from friends who were growing their families. It had become too painful to be around those whose experiences were so different from their own. The unending disappointments and losses led them to seek counsel from grief counselors, rabbis, therapists, and acupuncturists and they occasionally took time off from work.

In 2014 they connected with Hasidah and eventually applied for funding.  They were awarded a pilot grant to explore new options. They explain,

“Our surrogacy was uncharted territory, yet Hasidah assumed the risks of these unknowns, showed flexibility and choose to assist us in spite of these risks. From the beginning  Idit showed us kindness, understanding and compassion.  We felt listened to and held right at a time when we were fatigued from the process.  Receiving encouraging words from a woman who had walked in our shoes was priceless. This was truly the first time we felt help was not just words but also actions.

Thanks in part to your assistance, we now have Elan, our beautiful baby boy, and our seven-year struggle has come to an end. We are profoundly grateful for what you have done for our family and we are appreciative of the work Hasidah is doing to change the conversation in the Jewish community around fertility.”

We know and they know that not every chapter closes the way Ariana and Jesse’s has. Hasidah is proud to share this story with our community. It is thanks to this couple’s perseverance, Hasidah’s hard work and our generous donors that we were able to make a difference for this Jewish family. We look forward to sharing many more stories in the future.