Dr. Marcelle Cedars is a specialist in caring for patients going through in vitro fertilization and perimenopause, as well as patients with polycystic ovarian syndrome. She is director of the UCSF Center for Reproductive Health.

Cedars also directs UCSF’s reproductive endocrinology division, coordinating the relationship between scientific research and personalized care for patients. In her own research, she focuses on ovarian aging and how it affects both fertility and women’s overall health.

Cedars received her medical training at the University of Texas Southwestern Medical School. She completed a residency in obstetrics and gynecology at Parkland Health & Hospital System, followed by a fellowship in reproductive endocrinology at the University of California, Los Angeles.

Dr. Jonathan Kort is an established specialist in reproductive endocrinology and the author of many medical publications and textbook chapters in the field of infertility science.

Dr. Kort completed his Reproductive Endocrinology and Infertility (REI) fellowship at Stanford University Hospital in Palo Alto, where he conducted cutting-edge research on non-invasive measurements of eggs to predict their future development potential, as well as research in genetic screening. During his time at Stanford he also completed training in embryology and is certified as a technical supervisor in embryology and andrology. He completed his OBGYN residency at Stanford University Hospital, during which he completed original research into egg freezing, the impact of weight loss on fertility treatment, and ovarian reserve. Dr. Kort received his M.D. from Georgetown University Hospital in Washington, D.C.

Dr. Kort’s clinical focus areas include diminished ovarian reserve, hypothalamic amenorrhea, Polycystic Ovary Syndrome (PCOS), reproductive surgery, and gamete/embryo selection. He has a particular interest in patients with a history of poor embryo development during IVF. He sits on the editorial board of Fertility and Sterility, has published textbook chapters on gamete and embryo selection, and was the recipient of the Stanford Child Health Research Institute Grant (2017) which helped develop new ways of using pre-implantation genetic screening for embryo selection.

Dr. Kort followed his father into the field of reproductive medicine and credits his father with helping develop his bedside manner. “My philosophy is, treat patients like family and make sure no question is left unanswered or concern unaddressed.”

Brian A. Levine, M.D., is the founding partner and practice director of CCRM New York. He is board-certified in both reproductive endocrinology and infertility and obstetrics and gynecology. Dr. Levine attended New York University School of Medicine where he currently serves as a member of NYU’s Board of Trustees, completed his residency in Obstetrics and Gynecology at New York Presbyterian Hospital – Columbia University Medical Center and then completed his fellowship in reproductive endocrinology and infertility at New York Presbyterian Hospital – Weill Cornell Medical College.

Dr. Levine has over 50 publications and was recently awarded the highest prize by the American Society of Reproductive Medicine for his assisted reproductive technology (ART) video submission on three-dimensional sperm imaging techniques. He has also received multiple honors and teaching awards and continues to mentor students, residents, and fellows on both basic science and clinical research.

In addition to his clinical expertise and ongoing research, Dr. Levine is currently the technology editor of Contemporary Ob/Gyn magazine and has lectured nationwide on how physicians and laboratory personnel can adopt common technologies to improve clinical efficiency.

In 2017, Dr. Levine was honored with the Doctors of Distinction award in Westchester County and was also named a Rising Star by Super Doctors in 2017 and 2018. 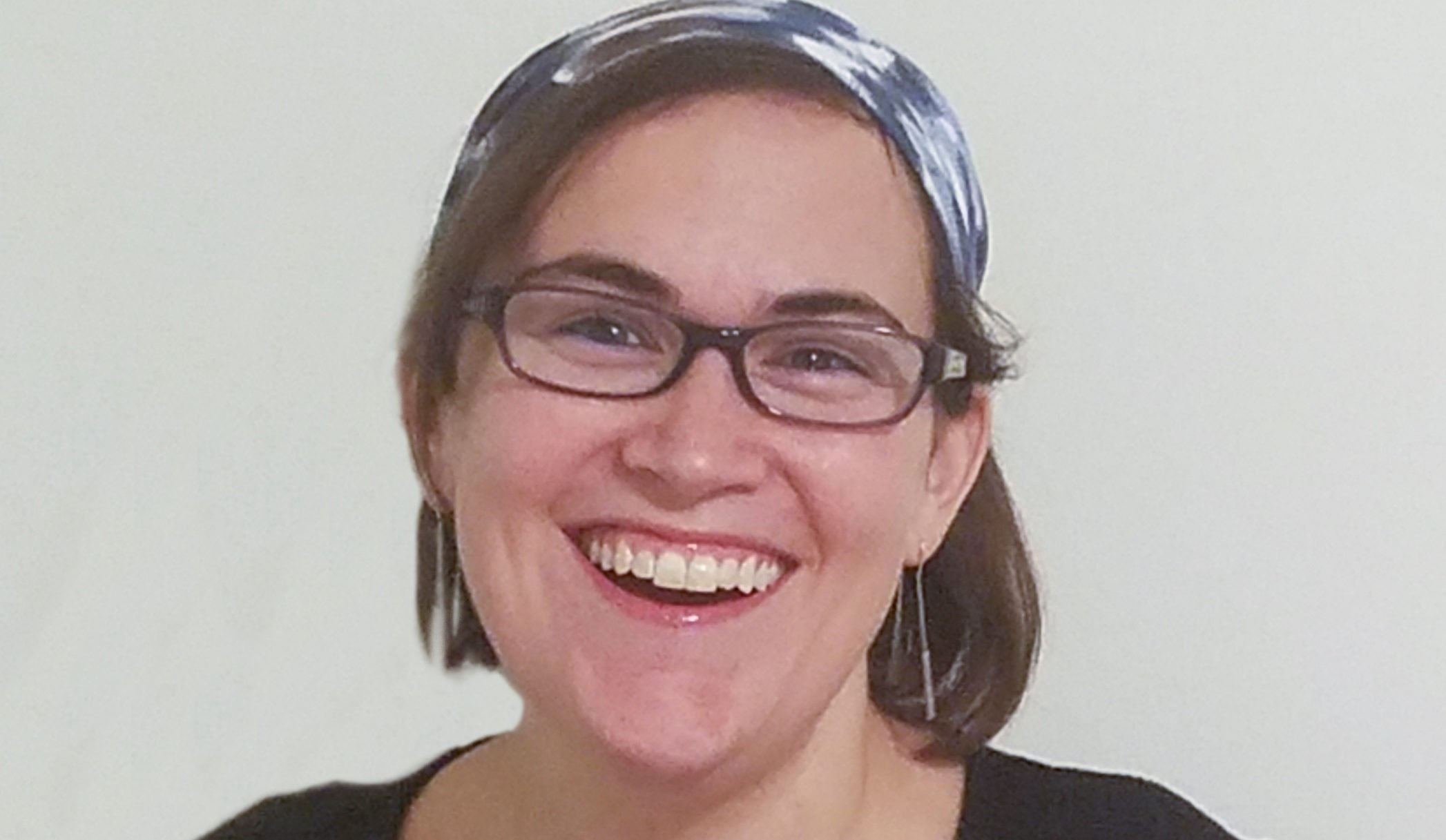 Prior to moving to the Bay Area in 2016, Ariel worked as a Jewish educator for 7 years at the Hillel Day School of Metropolitan Detroit. Ariel developed and implemented new curriculum, organized school-wide programs, and mentored new teachers. Ariel is a graduate of the Pardes Educators Program in Jerusalem and holds a MA in Jewish Education from Hebrew College in Boston. Through supporting students with diverse needs, she strengthened her skill of listening for understanding. Ariel knows first hand how crucial relationships and support are during times of infertility and sees building relationships as the core of her work.

Ariel lives in Berkeley with her husband, Aron, and their twins, Betzalel and Maayan. She enjoys the beautiful Bay Area scenery, especially from the seat of her bicycle or from behind the lens of a camera.

Johanna Meckel, originally from Los Angeles, grew up with a father who is a child of Holocaust survivors and a mother who is Israeli-Moroccan making Judaism and Zionism ingrained in her. Johanna has lived in Northern California since attending UC Santa Cruz where she majored in Political Science and Sociology. Before joining Hasidah, Johanna worked at two different Bay Area Hillels and spent a year in Israel teaching English in Netanya. Johanna then transitioned to StandWithUs working on college campuses from Monterey Bay up to the Canadian border eventually becoming Regional Director. She organized speaker events in homes and in community settings and led trainings for community members combating anti-Semitism and the BDS movement.  Johanna welcomed daughter, Leona, into the world in the spring of 2018 with her husband Matthew and fur-baby Bissli.  She resides in Napa and enjoys a glass of red wine and exploring all Napa has to offer.

Jen is a Bay Area native who has always engaged in the Jewish community from a position of lay leadership. From helping build the foundation of the Mission minyan and carrying it forward, to membership committees and pre-school outreach at her synagogue, Jen focuses her free time to building Jewish community. She has a background in fashion design and business and currently leads business development for a chocolate store on San Francisco’s Pier 39. Jen is deeply committed to Hasidah’s mission after having lived through the pain of infertility and understanding first-hand the enormous financial burden it causes and the socio-emotional side effects. Jen believes that there is no greater gift you can give someone then helping them to become a parent. 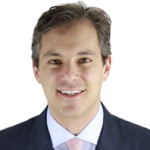 Dr. Klatsky graduated with honors from the Mount Sinai School of Medicine in New York City, completed his residency in Obstetrics & Gynecology at UCSF, and his fellowship in Reproductive Endocrinology at Brown University. He received a Masters in Public Health from Columbia University and was selected by his peers as a Rising Star among New York Physicians in 2014 and 2015, while on the faculty at the Albert Einstein College of Medicine. Dr. Klatsky is board certified in both Obstetrics & Gynecology and Reproductive Endocrinology & Infertility.

An innovator who is deeply passionate about improving public access to the best possible obstetric and fertility care, Dr. Klatsky worked as a human rights activist in Asia and Africa prior to medical school. Among his many achievements is the founding of Mama Rescue, a cloud-based, mobile dispatch and transportation platform that helps women in rural Uganda access skilled and emergency obstetric care. Dr. Klatsky is proud to have founded Spring Fertility with Dr. Tran, to deliver the best possible outcomes and a new standard of care not seen anywhere. 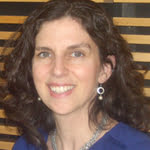 Rabbi Chai Levy has served the Kol Shofar community since 2002, teaching, listening, celebrating, singing, dancing, and playing music with adults and children of all ages. Originally from Richmond, Virginia, she was ordained by the Jewish Theological Seminary in New York City. She is a graduate of the Rabbinic Leadership Program of the Institute for Jewish Spirituality. At Kol Shofar, she is the leader of the Kol Neshama Minyan, the Musical Meditation High Holyday services, and is the founder of Kol Shofar’s Center for Jewish Spirituality, which offers opportunities for spiritual learning and growth through meditation, music, and practices that connect mind, body, and spirit. Outside of her rabbinic work, Rabbi Chai enjoys dancing and playing bass in a rock band. 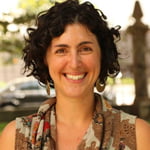 Rabbi Adina Allen is Co-Founder & Creative Director of The Jewish Studio Project (JSP). Innovating a brand new Jewish environment: part beit midrash (house of Jewish learning) part urban art studio, and part spiritual community, the Jewish Studio Project is a Bay Area start-up that utilizes the creative arts as a tool for self-discovery, social change and for inspiring a Judaism that is vibrant, connective and hopeful. Integrating a lifetime of experience in the creative arts with her rabbinic training, Adina has developed a methodology for the integration of Jewish learning, spiritual reflection and creative expression that she teaches at Jewish institutions across the country. Ordained by Hebrew College in 2014, Adina is a Wexner Graduate Fellow, an Upstart Fellow and a member of the inaugural Open Dor cohort. 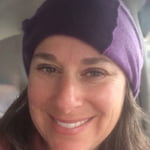 December 26, 2017 admin
Aliza Rothman Labowitz has a Master’s Degree in Counseling Psychology and Expressive Arts Therapy. She leads expressive arts and conscious dance groups for women. Aliza has created and facilitated support groups for women who have lost babies in utero as well as facilitating groups for women who have been in abusive relationships at Shalom Bayit. She leads monthly rosh chodesh dance circles based on the teaching of the Jewish months and holidays. Aliza also works with clients individually for creative counseling and grief coaching.  She weaves art, meditation, movement and other arts modalities in her work.