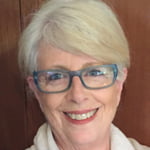 Rabbi Mimi Weisel has leadership experience in a variety of areas, including chaplaincy, education and administration. She has provided spiritual care and bereavement counseling in hospice, served as Rabbi-in-Residence at the Jewish Community High School of the Bay in San Francisco, Assistant Dean at the Ziegler School of Rabbinic Studies at the American Jewish University in Los Angeles, and Director of Jewish Education and Continuity at the Dave & Mary Alper Jewish Community Center in Miami.

Rabbi Weisel was Chair of the Shalom Bayit Rabbinic Advisory Committee and facilitates their support groups for women who are victims of domestic violence. She also has been a staff member of the Bay Area Jewish Healing Center’s Grief and Growing Bereavement Camp. She has also served various synagogues in part time rabbinic roles, and volunteer leadership as board and committee member in the healthcare and Jewish communities.

Prior to entering the Rabbinate, Rabbi Weisel worked in the corporate environment administering career development programs in the aerospace industry. She was ordained by the Jewish Theological Seminary in 1998, has a BA in Psychology from the University of California, Los Angeles, as well as various credentials and certificates.

She is married to Paul Hamburg, former Librarian of the Judaica Collection at University of California, Berkeley and is proud mother of rabbi-to-be Michael Shefrin.