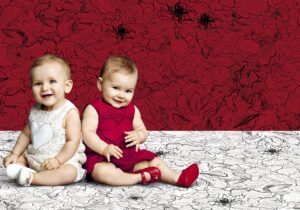 Can you tell which one is “real” and which is “synthetic”?

A New York Times article shared some of the comments,  reactions, and eerie silence that ensued.  As an organization founded to support those who want to be parents and can benefit from IVF, Hasidah is very clear about who we serve, why and for what greater good. Here are some of the problems with D&G’s comments:

1) Unenlightened – Do they know that sometimes IVF is due to chemotherapy, genetic diseases, or other instances when the “world as it should be” has shown itself to be cruel and unforgiving?

2) Highly insensitive – Many of the couples who undergo IVF have experienced numerous losses, financial strain, and deep emotional pain in their paths to become parents. This is not political incorrectness. This delegitimizes their yearning for parenthood, their authenticity as parents, and the trials they went through to bring a real living soul into this world. And on that note…

3) Even more highly insensitive – It is extreme thoughtlessness and its own form of cruelty to suggest that these children are “less than” in any way. Those parents who have been through IVF would have a case to argue quite the opposite.  Would they look at an 8 year old boy along with his desperately grateful parents and tell him he was synthetic? That he is somehow less a child of God than any other?

To backtrack and say this is their opinion and it’s fine for others to feel differently does not undo their characterization. It is not an apology in anyway and cannot repair the insult to the parents and the children they offended.

The upshot? We just received our first contribution to help fund couples in need of IVF “in honour of Dolce & Gabbana.” Feel free to join.